Enclosed inside a steeply-pointed framing arch and with an enormous upper oculus surmounting two uncapped lancets, such windows originally existed along the entire length of the nave aisles. They were torn out in the fourteenth century to make way for the added chantry chapels. Such units still survive in the lower transept arms. The tracery of the windows on the west side of the south transept show signs of experimentation and modification which may suggest that they were the first in the sequence. 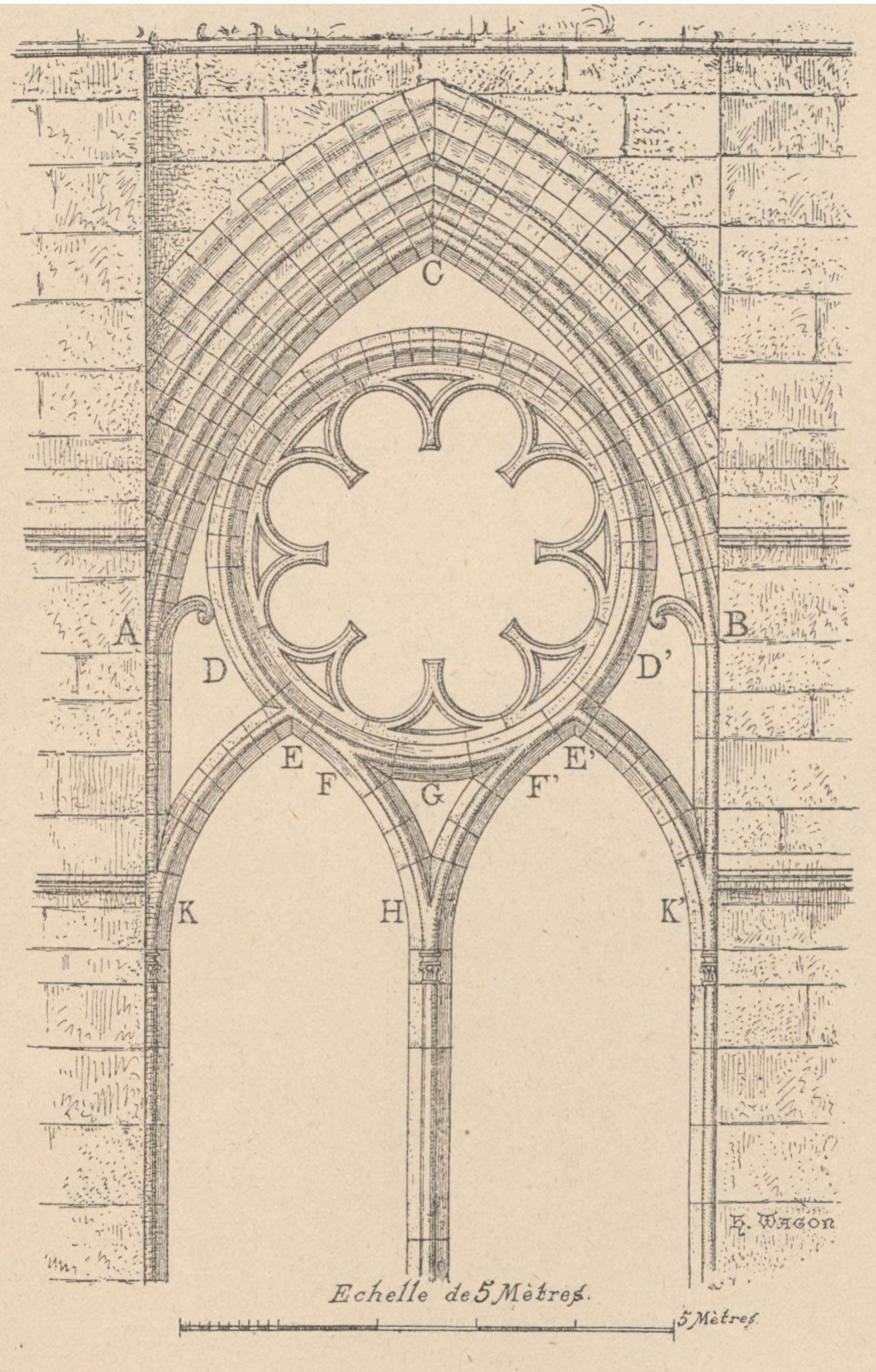